You know that self-driving car joke? It’s not coming for now 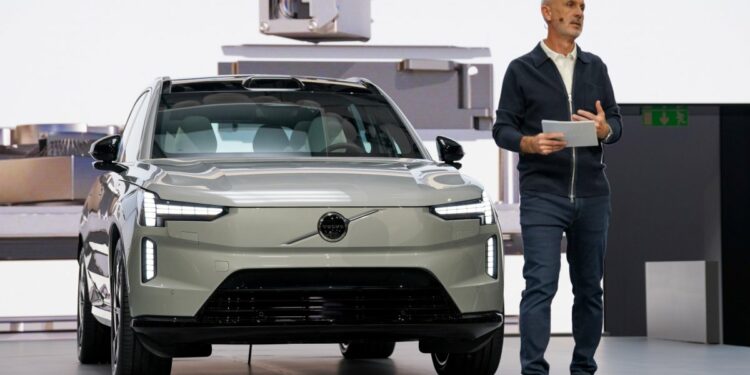 You still have to wait a long time for the self-driving car, even if it is technologically possible to drive completely autonomously. We already had a ‘small’ suspicion, but Volvo boss Jim Rowan now also confirms this.

That the autonomous driving car is still a long time coming, says Jim Rowan of Volvo in an interview with the Australian site CarExpert. The self-driving car where you don’t have to keep your hands on the wheel is certainly there, says Rowan, but regulations prevent you from taking it on the road for the time being.

“Regulations are the barrier to full acceptance of the self-driving car. Not the technology, because it is becoming more and more advanced.”

Still want to be informed when the self-driving car will finally be available?

“Autonomous driving is likely to start on certain sections of highways, probably in California first,” Rowan continues in the interview with CarExpert. “For example, from the airport to the city, as a kind of taxi service. But in the city itself, where there are schools, roadworks and constantly changing traffic conditions? No, that will take a long time,” thinks Volvo’s CEO.

Autonomous driving currently has five levels or level, determined by the Society of Automotive Engineers (SAE):

Always hands on the wheel

In the interview with CarExpert, the CEO of Volvo warns against CEOs such as Tesla’s Elon Musk who only boost the buzz around autonomous driving to drive up the market value of a brand.
“I think people are starting to realize more and more that the self-driving car is still a far-from-my-bed show and therefore does little for your market value.”

Despite his CEO’s words, Volvo is continuing to develop the self-driving car, emphasizes Jim Rowan. “As soon as the world’s lawmakers allow it, we’ll be ready.”