Tesla Cybertruck will go into production at the end of 2023 … No, but now for real (and it will be even more expensive) 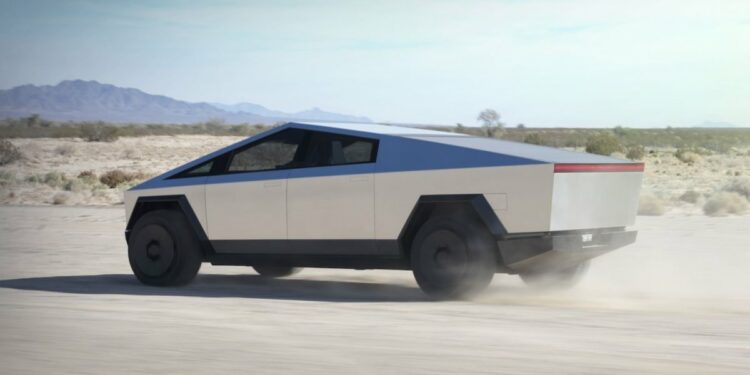 First the Tesla Cybertruck would come on the market in 2020, then in 2021, then in 2022 and now at the end of this year. Why would Tesla tell the truth this time?

There is no model that is as busy as the Tesla Cybertruck. It was presented more than three years ago, in October 2019. Was it a joke, or would the colossus go into production? Many thought the former, but Elon Musk insisted that the car was really coming. Only since then we have heard very few concrete plans.

Cybertruck design will be different

Now there is another glimmer of hope that the Tesla Cybertruck will come. This time it is not Elon Musk who is proclaiming the happy message, but Tesla chief designer Franz von Holzhausen. He said in the American Ride the Lightning podcast that the Cybertruck will go into production at the end of 2023. And now really. Von Holzhausen cites the corona pandemic and the problems with suppliers that all car brands are facing as causes for the considerable delay.

However, due to safety requirements, the Cybertruck is not nearly as spectacular as the photos promise. This will make the final model rounder. You could also feel that on your clogs. From the outset, experts predicted that there was no way the Cybertruck would receive a (European) type approval. Pedestrian safety in particular would be at stake.

Price Tesla Cybertruck will be much higher

And speaking of Elon Musk’s broken promises. He promised that the Tesla Cybertruck in the United States would receive a base price of $ 40,000 (36,700 euros). This amount has now risen to $ 50,000 (48,750 euros), although Tesla has not yet officially confirmed this. By European standards, that would still be cheap for an electric pick-up. According to Tesla, at least 1.25 million people are on the waiting list for a Cybertruck. But that doesn’t mean anything, because for 100 euros you already received a non-binding reservation.

The base model with rear-wheel drive has a range of 400 kilometers. A step higher is the Cybertruck with 4WD and 480 kilometers of driving range. But the ultimate Tesla Cybertruck is the variant with four electric motors, which accelerates from 0 to 100 km / h in less than 3 seconds. At the same time, Tesla says that the top model can travel 800 kilometers on one battery charge.

The Dutch price is still a guess. It is also very unlikely that the Tesla Cybertruck will be sold in Europe in 2023. That will be in the first quarter of 2024 at the earliest. And even that is a very optimistic estimate.